Edits since March 30th 2020 are in this color. I noticed a room full of people  transfixed on a man who pulled out trick after trick. “Think of a number between 1 and 5”, he said and he guessed it right. The young lady had thought of 3. And then he asked another man in END_OF_DOCUMENT_TOKEN_TO_BE_REPLACED

This is the story of a young girl who had been diagnosed with schizophrenia and how what her mother said in the first minute has changed her life completely. This was a regular day back in 2012, when I was in office doing consultations. I love doing consultations because it is so much fun to END_OF_DOCUMENT_TOKEN_TO_BE_REPLACED

So, it has been three years since we have started School of Excellence. And retrospecting the past few years, I have learnt a few things. And in this article I am going to share what I discovered. As I remember three years ago, my ‘tech’ network told me, “You are a born genius with programming. Don’t END_OF_DOCUMENT_TOKEN_TO_BE_REPLACED

Note: There is an audio recording in the middle of the post. On 2nd December, I wrote in my previous article about helping 300 children from 3 different schools from 9th to 13th. And in this article I would like to share the experience I had working with them. What happened? The children surprised me. They END_OF_DOCUMENT_TOKEN_TO_BE_REPLACED

What happens if we take the technology from uP! with NLP and make that excellence available to school children? This December we are working with 300 school children doing, conversational programming in a group as well as one on one. If you are trained on uP! with NLP, please do volunteer. We have picked 3 END_OF_DOCUMENT_TOKEN_TO_BE_REPLACED

An employee wants to quit. The HR convinces him to stay back. He agrees to her, fully meaning it. And he puts down his papers after 2 days. A lady is super excited about a product. The sales person is very convinced she is going to buy the product. And so is she. The next END_OF_DOCUMENT_TOKEN_TO_BE_REPLACED

This is the story of a young girl who had been diagnosed with schizophrenia and how what her mother said in the first minute has changed her life completely. This was a regular day back in 2012, when I was in office doing consultations. I love doing consultations because it is so much fun to arrive at an insight that changes someone’s life forever. Each consultation session goes on for about 20 minutes. But what most people don’t realise is that I have arrived at the conclusion within the first five minutes, I merely take the remaining time to organise the information in a manner that makes it easily palatable with enough motivation to change built in.

For most people the question is how do I arrive at that – out of the box – small shift that can change the future of an individual, family or business? Some think it is the experience. Yes, it has to do with experience, I have done over 10,000 excellence installations, that counts. Some think it has to do with the diversity of my life. A business owner at 17, an author at 23, been into senior management, sales, business and sports, with exposure to people from an incredible range of occupations. But there is more. Beyond these experiences there is something else that I do, that makes a significant difference.

What I do differently is – I see, hear and sense more signals in a conversation than most people are aware of. For instance, it is almost impossible for someone in my presence to have a shift in their pace of breath without it catching my attention, likewise with certain muscle movements, vocal inflections, body odour and so on. In this article, I am going to specifically share in the following story the things I hear that most people miss out. 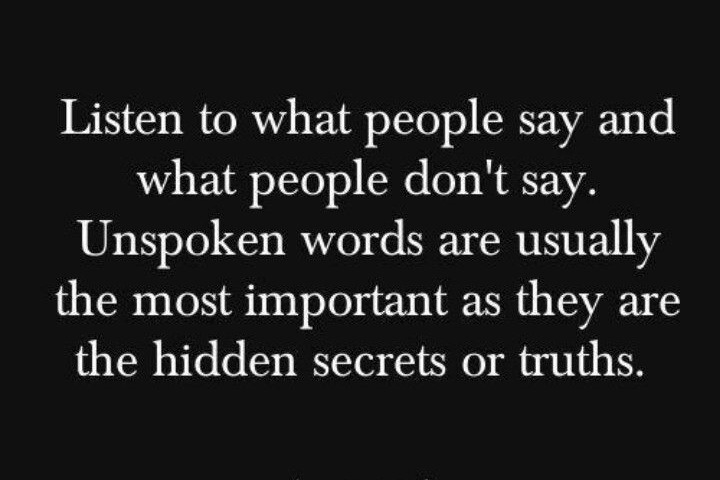 Suzy, prior to meeting me was diagnosed with schizophrenia and she was given a series of medication. The trouble was that the medication she had been taking stopped having its effect after every couple of months. In spite of increasing the dosage, she continued to hallucinate. Her mother got her to me, they were referred to me by a common friend. Her mother started the conversation with: “There is a serious problem in my house…”. This is a very important statement and an interesting one too. In a moment, I am going to explain why one of the things I pay very careful attention to is what is said, before the problem is said. When John Grinder and Richard Bandler codified the skills of the popular hypnotist Milton Erickson, one of the models they described is called ‘ambiguities’. An interesting thing that Milton would do is speak in a particular way that has two or more precise meanings. One is for the conscious and the other for the unconscious. For example, the statement “if you are ‘like me’, you will find this fascinating” may have an ambiguity to ‘like me’ as a command, if those two words are delivered in a downward vocal intonation. So, at the surface the statement has one meaning, but there is also another one to which the listener’s neurology is responding to as well. This specific pattern is called Milton model ambiguities. Now, the more interesting thing about ambiguities is that not only hypnotists, but almost every individual uses ambiguities in their communication, which is completely outside their conscious awareness. It is as if the subconscious of one person is communicating to the subconscious of the other, totally outside of each other’s conscious awareness.

So, when the mother started the conversation with ‘there is a serious problem in my house’ instead of ‘there is a serious problem with my daughter’, I couldn’t stop wondering how did she unconsciously arrive at this specific choice of words. The other interesting thing was that this specific start of the conversation had a slight difference in the tonality of her voice. As she was going through the various details of the condition, I politely interrupted her, and asked: “Who else lives in your house? She replied saying: “My husband, another daughter and my son”. It was an absolute delight hearing her say what she said, because when she mentioned her son, her voice shifted back to the same tonality I heard when she said ‘there is a serious problem in my house’. When I met the elder brother, I found out that he was a drunkard who would beat his sister and the living conditions in their house were a mess. I fixed him and the young girl seemed to take care of her issues by herself.

I have often met people whose first sentence had the solution to their problem, its just that they haven’t heard what I hear. For example, there is this guy who came all confused and said: “I just have to sort priorities in my life”. We all say that and sometimes it is just a figure of speech. However, sometimes it is a very literal description of the actual solution. When this gentleman said what he said, he had a semi altered look on his face, pupils dilated and an unconscious nod. When I copied his breathing in my own physiology I noticed it was a very similar breathing pattern to the ones associated with deep altered states of meditation. So, the way I solved this gentleman’s problem was to get him to write all aspects of his life, made chits and asked him to literally sort them. Suddenly, he had the realisation of his life and after a month exclaimed how everything has fallen into place.

Dr. John Grinder, in his book Trance-Formations talks about a lady who was in a life-threatening medical condition. She marks out the words ‘I want to see the world upside down’. John interprets those words literally, takes her on a plane and shows her the world upside down. The documentation goes that right after this she had a spontaneous cure from her condition.

Suzy had developed schizophrenia (without her conscious awareness) as a way to escape from the reality she was living in. Although she was consciously frustrated and didn’t know what was going on, the part of her mind that created the problem knew about it. If we know how to listen to the unconscious marking in conscious communication, we can tap into that communication. However, in her case, it was even simpler – her mother knew where the problem was and what was going on. I just had to tap into her unconscious wisdom by taking her first few words more serious than everything else she was sharing with me about the condition. And the other thing that helped was the ability to connect the parts of the communication that had the same vocal qualities – ‘there is a serious problem in my house’ and ‘my son’. Who would have guessed that the client in front of you is not the client? This puzzles me as to how the answers we need are sometimes right on our own lips and yet we miss to hear them, so often. As for this girl, she has secured a job she likes, doctors have taken her off medication and the last time we met she introduced me to her fiance and shared joyful stories of their life.

To me, this is just one example of how sometimes the problem we are trying to solve is so different from where our focus has to be. Perhaps, the next time you have a conversation, listen in to those giveaways, even before the conversation ‘formally’ starts and consider taking ‘figures of speech’ more literally and explore where it leads you…