What differentiates a Genius and a Highly Motivated Person in the way they learn? In this era, fortunately, people who are supercharged, driven and want to achieve something in life are plenty to find – thanks to all the amazing movies like ‘Pursuit of Happiness’ as well as good books and videos on the internet that have promoted a positive culture in societies at large. However, what is limiting is the fact that being highly driven is not good enough without this specific genius trait mentioned in this article.

Imagine what happens when a highly motivated and charged individual, Joe, for example, gets to work on a ‘new’ project in which he is not yet an expert? For an average person, every job would look easy from the outside. It’s the fancy toy effect, where someone shows you an interesting toy like a boomerang and it looks so simple to use and when you come back home, you realize there is a ‘learning curve’ to use this simple toy.

What could get Joe disappointed may not be his lack of motivation, but is his inability to Perform or Get Results as per his expectations within the time-frame he has set for himself. And there lies the problem. Joe has an expectation of how he has to perform before he even knows the depth of what he is undertaking to do. And that leads to an under-estimated evaluation of the required learning curve. And with an unrealistic expectation, Joe sets for himself an invisible trap to fail and with that, he encourages disappointment, although not soliciting any of this voluntarily or at least not consciously. Along with disappointment, comes doubt followed by bad states of mind and a whole set of low-performance laps and bad decisions that follow. At some stage, Joe would either drop out or be kicked off the project.

Premature Disappointment is the invisible enemy. Given a chance it will try to slow your learning and stop your growth.

How can this possibly happen? That too, when Joe is a smart, talented and highly motivated individual. Well, it happened because Joe set for himself a premature expectation. His heart was on ‘proving’ what he can do and to Showcase the Results instead of being humble enough to recognize that what he has got – is an unprecedented opportunity to master the skill set along with those who have done it before, serving him as role models until he develops his own artistry around that.

Let’s take a very basic skill such as Digital Marketing. When we started School of Excellence, our entire business was funded by the revenue we generated from quality advertisement on Google. And this is how it happened. As Harini and I were walking through a bookstore, a book on ‘How to Set up Google Adwords’ caught my attention and I picked it up. After spending a couple of days on it, I called up Harini and told her that I need 3 weeks to master this. And then for the next two months, I compulsively and obsessively worked on it. I immersed myself into it totally free from every distraction. I invested my time, one month learning the art and the next four weeks making it work like magic! We were ‘everywhere’ our customers were and we spent a fraction of the cost it would have otherwise taken. Since then, I have met over a dozen average joes who have consistently told me – “Google Adwords is easy. Anyone can learn it in a week, there is even a free certified course.” And each and all of those people turned out to be working for low paid salaries with no potential growth, whereas the ones who have mastered the art of advertisement are making loads of profit either marketing their own products or becoming an affiliate of products they believe in. That attitude of going to the depth of it and not being satisfied with mediocre standards in your own skill is the difference that makes the difference.

Sometimes, just a little more expertise is actually a whole lot more performance. The difference between average and good, good and excellent, excellent and outstanding may not be much in terms of how the expertise is measured per se, but it’s that little difference that makes all the difference. And the average Joe has no understanding, regard or respect for that difference, he goes on to say – ‘I just need to improve a little more’ without realizing that ‘a little more’ could even take them a few decades without the right attitude, environment, and opportunities in place. The average Joe does not get the difference between learning something and learning something well.

The problem is that most people approach learning as a linear process. But learning is really like sowing seeds or organic growth of any nature. It may appear on the surface level as if nothing is happening, but on the inside, the seed may just be one moment away from sprouting. Learning is a non-linear process. Many things have to come together in alignment for the final outcome to happen. And only if Joe could see – that before he gets to create those fantastic results, he needs to have learned very well, a variety of different things. If only develops the ability to see that ahead of time, then he would start measuring differently.

After all, Joe may not even know what he has to learn to produce the results until he immerses in it and actually does it. Can you recollect an experience, when you really wanted to do something and when you actually did it, it felt and seemed so different from what you thought it to be?!! This is why I insist that humility plays a big role in learning. Humility allows Joe to be a good learner because to be a good learner, one has to recognize that until they have DONE it, they have absolutely no clue as to what it takes to get there. And with such a realization, it becomes almost impossible to set expectations of the outcome before wetting the feet in the water.

When most people disappoint themselves, I can tell without skipping a beat – that they are indeed measuring the wrong things. And the patterns are the same. Disappointment makes Joe a Bad Learner, and Bad Learning is the surest way to sabotage one’s growth.

What if – Joe can change? What if Joe can Learn to Learn well! To not compete but to model from excellence references around. To play along with zero expectation except the expectation to measurably improve his own standard in aspects he needs to master to get the outcome he wants. To recognize the difference between measuring learning by measuring at the final outcome vs. noticing incremental small improvements in one’s own abilities every passing day. And if he can ride along and enjoy the process of learning and allow himself to be surprised when he hits that home run. To me, this would be the most important aspect of growth and learning, to know when you are making progress even before you arrive there so that you can keep on going and doing more of what works for you!

This is the Genius Trait that converts a highly motivated person into a committed and successful learner. The mindset to notice subtle improvements in your learning and recognize the significance in that progress.

Growth often is a direct measurement of the things you have learned to do, adequately well. Adwords took me 2 months. Computer Programming and Neuro Linguistic Programming both took me several years to just be adequate enough and get started. Learning is an ongoing and never ending process but that is not what we are talking about here. We are talking about knowing the difference between having learned something vs having learned something adequately enough to have a productive and creative advantage. Learning adequately enough means to have the minimum pre-requisite to put these skills to competitive use. Some people can do it faster and some might do it slower. The important thing is that when Joe learns to respect the TIME invested by a Genius in attaining artistry in that field, he untaps for himself an unprecedented opportunity to learn. Joe can do that and so can you! Good Luck, Learn Well & Prosper!

How to Gain the Power to Choose and grow 1000x

The Lifecycle Of Impossible Speed 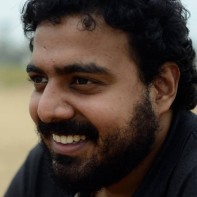 What Next? How to be Spontaneous

Antano Solar John - June 5, 2015
I am in the business of evolving people. I help people to get what they want by helping them to experience strategic personal changes...

6 Traits of the Brilliant Mind

The Lifecycle Of Impossible Speed

Buy TIME with the right Currency!