Edits since March 30th 2020 are in this color. I noticed a room full of people  transfixed on a man who pulled out trick after trick. “Think of a number between 1 and 5”, he said and he guessed it right. The young lady had thought of 3. And then he asked another man in END_OF_DOCUMENT_TOKEN_TO_BE_REPLACED

This is the story of a young girl who had been diagnosed with schizophrenia and how what her mother said in the first minute has changed her life completely. This was a regular day back in 2012, when I was in office doing consultations. I love doing consultations because it is so much fun to END_OF_DOCUMENT_TOKEN_TO_BE_REPLACED

So, it has been three years since we have started School of Excellence. And retrospecting the past few years, I have learnt a few things. And in this article I am going to share what I discovered. As I remember three years ago, my ‘tech’ network told me, “You are a born genius with programming. Don’t END_OF_DOCUMENT_TOKEN_TO_BE_REPLACED

Note: There is an audio recording in the middle of the post. On 2nd December, I wrote in my previous article about helping 300 children from 3 different schools from 9th to 13th. And in this article I would like to share the experience I had working with them. What happened? The children surprised me. They END_OF_DOCUMENT_TOKEN_TO_BE_REPLACED

What happens if we take the technology from uP! with NLP and make that excellence available to school children? This December we are working with 300 school children doing, conversational programming in a group as well as one on one. If you are trained on uP! with NLP, please do volunteer. We have picked 3 END_OF_DOCUMENT_TOKEN_TO_BE_REPLACED

An employee wants to quit. The HR convinces him to stay back. He agrees to her, fully meaning it. And he puts down his papers after 2 days. A lady is super excited about a product. The sales person is very convinced she is going to buy the product. And so is she. The next END_OF_DOCUMENT_TOKEN_TO_BE_REPLACED

How to embed commands in Conversations that Just Works

This article is primarily on what you need to know to be able to give hypnotic suggestions in the form of embedded commands. The simplest and one of the easiest patterns to master from the Milton Model. You can do this conversationally in any situation to help a person change perceptions, be open to new learning, or to just get things done. 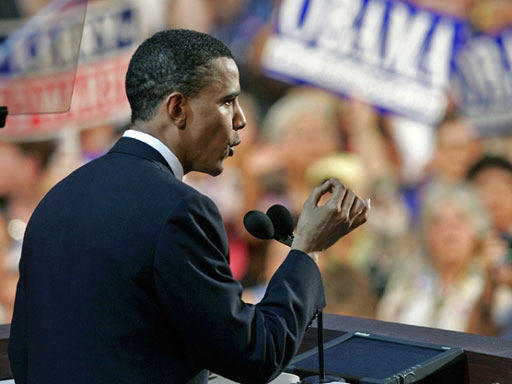 To explore further your interest in conversational programming and to make the full use of this article, take a moment to first read the preceding articles:

There are 5 major factors to this skill.

1. Generating well-formed commands or suggestions
2. Masking the command in a jungle of information so as to cloak it to the conscious
3. Timing
4. Tonality and the tonal structure of commands
5. UnConscious Rapport as always!

If you have read the previous article, then you would already be aware of micro trance states. For now, let us assume and operate with the assumption that every micro trance is a good opportunity to plant a suggestion or give embedded commands. In this article we are going to focus on generating well-formed commands or suggestions.

What is a well-formed command or suggestion?

Well, for a moment I want you to create an imaginary character ‘Jack’. And Jack is raised to be a boy who just executes every command. So, if you go ‘Jack stand up’, Jack would stand up. So, following are some examples of what ‘Jack’ understands as a command.

Now, that is the first part. The other thing to consider in addition to the valid formation of the command is also the time frame in which it has to be executed. Jack interprets time very differently than you do. And sometime can procrastinate indefinitely. So, it is important to always give Jack when to execute your command.

Jack,  see the possibilities NOW.
Jack, feel better this time tomorrow.
Jack, get this done immediately.
Jack, buy this car when you come back next time.

Notice, the time to execute the command is generally given at the end of the statement.
(If you are a NLP practitioner and curious as to what is the significance of the adverb at the end, say the following two sentences and notice how the submodalities of each are very different.

If you have been reading the series in this article, you already know there is going to be exercise and how useful it may be for you to be already having practiced them before my next article on conversational programming. Imagine what it is like to be ready for the next exercise having already mastered the learning in this article. So, the exercise goes as follows.

1. Think of the situations in your life where you want to influence the most. And think of the person you want to influence.
2. See this person and hear the conversations you have been having.
3. Think of a set of suggestions/commands you just wish you can get this person to respond to.
4. Generate a set of well-formed suggestions with a time frame at the end.
5. Check with the examples above to confirm your suggestions are well formed.
6. Repeat 1–6.

Embedded commands work best when they are done covertly. So, obviously the above statements are not subtle by any standard.
There are ways to embed commands between sentences that hide the command. For example: When was the last time you were on a vacation and decided that you want to feel absolutely safe immediately after your tickets arrived? Of course, there is also a certain method of delivery and unconscious rapport, both of which are essential for the unconscious to respond to your suggestion. We are going to deal with them in future articles.

PS: This is a series of articles designed to help you become a Master Communicator who can change mindsets and belief structures conversationally. Each article will provide the exercise that build in mastering the skill of conversational programming.

PS: I personally do not believe there is anything called hypnosis unless every communication is hypnosis of some form. These series are about influence at an unconscious level in what people may consider as ‘normal’ conversation.

The continuation to this article can be found here.